A preface to learning English

Last year while visiting home for winter break, I stumbled on this little English workbook. As an empty nester, my mom had recently started taking English classes. I was curious how they were teaching it. I wasn't expecting much, it was just a small little teaching center around the corner.

But I was absolutely blown away by the profound themes in this preface: 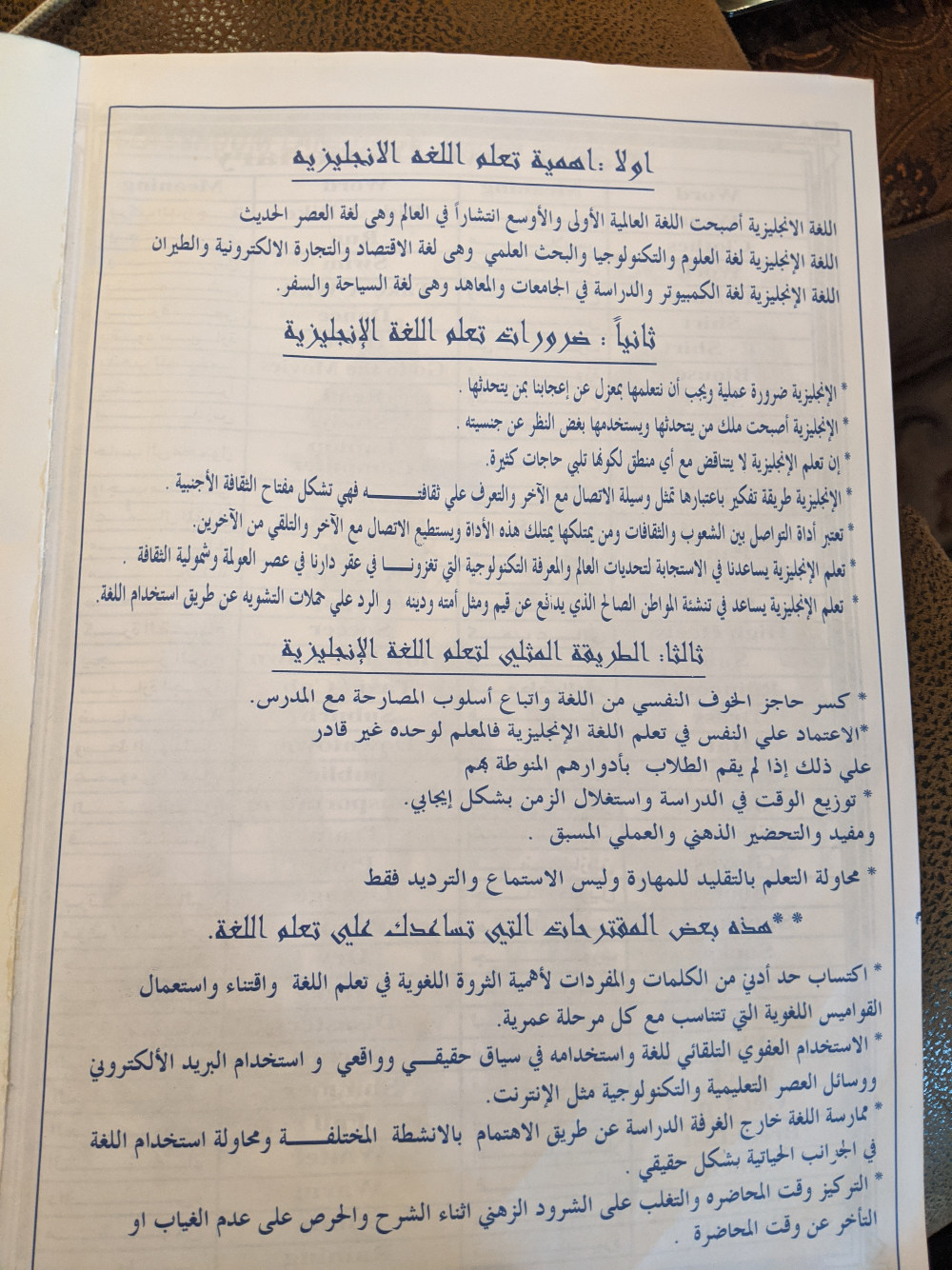 Specifically section two which is titled Important reasons to learn English. Below is my interpretation:

There's so much to unpack here, and I have so many favorite parts, like this wholesome idea that language belongs to and can be shaped by anyone who uses it, not just those fortunate enough to inherit it.

You can also tell that whoever wrote and is teaching this has met resistance from their students to learning English on some kind of moral grounds. The first two statements just kind of acknowledge this, "I know you don't like the people who speak English natively, I know you don't want to be like them. But look, we need to for practical reasons, and we don't need to adopt their culture to learn their language. We can make it ours."

I am embarrassed at how surprised I was to find these profound ideas here. Growing up I had this deep-seated belief that anything communicated in Arabic was inherently inferior. I consumed little to no Arabic media, which meant I either did not have the words to articulate or even think profound thoughts in Arabic, or even if I did know the words, I did not associate them with deep or meaningful concepts.

A good example of this is the word for computer. I was taught that "computer" in Arabic was "electronic calculator". I thought this was dumb, a "computer" was so much more than a calculator! I felt like I could never express myself in Arabic with the richness I could with English.

This joke comes up in the recent Borat movie, where he goes to buy a cellphone and asks for a "calculator". The idea is that haha Borat is so dumb he's calling this sophisticated thing a mere "calculator", like he doesn't understand the depth and richness of its complexity and what it is capable of.

But let's just all take a step back here: does the word "computer" really communicate any of this complexity? Of course it doesn't. It's literally a synonym for "calculator". It's just that I had heard the word "computer" used in so many contexts to describe many modern ideas and concepts.

And that same word in Arabic, I'd only ever heard it to describe a simple calculator.