An ode to snow

We got our first snowfall here in Philadelphia last week. I was eagerly awaiting it, because I love snow. But I forgot just how much I love snow.

As I watched the shower of snowflakes from my window, I felt this intense sense of elation. My worries and problems felt small and conquerable. How could I be sad with such beauty in the world? How could I not believe all would be OK witnessing such majesty before my eyes? How could I not fight for a better world, this world that rains down magic upon us.

I immediately went for a walk, breathing in the cold crisp air. Feeling the tingles of the snowflakes on my face, and dampness collecting on my hair and mustache. Wondering, how strange this is! It's not liquid, it's not solid, like hail. It's soft, slow, and serene.

I saw snow for the very first time in 2014, my first year of college in Minnesota. But I'd been obsessed with it long before then.

I didn't actually realize that until a friend pointed it out. We were brainstorming ideas for new levels for a game we were making. I suggested a snowy themed one. And he says:

No! Everything you make is snow themed! Let's try something else.

I thought, "No way". That's a weird thing to say. I've definitely made snow-themed stuff in my games, but no more than anything else. And then I took a look at my published games: 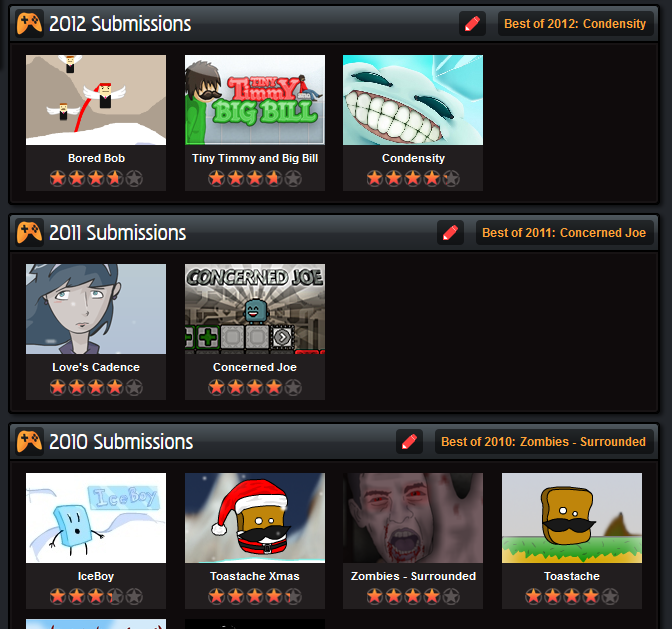 Over half of my games were based in heavy snow environments! And I wasn't even trying! It was then that I accepted my obsession and decided to embrace it.

It was early November. I remember trying to stay up to be there for the first night it was supposed to snow, but gave up and went to bed. I woke up to a campus completely blanketed in snow. Pure, white, glistened, untouched snow. Absolutely magical.

This is also the story of how I met my partner, Leigh Anne. I remember walking up to people and being like "Oh my god it's snowing!!" and them going "Well, yes, it's Minnesota!" And then eventually running into someone who was just as excited as I was, the Texan girl.

So, of course, I asked her out. 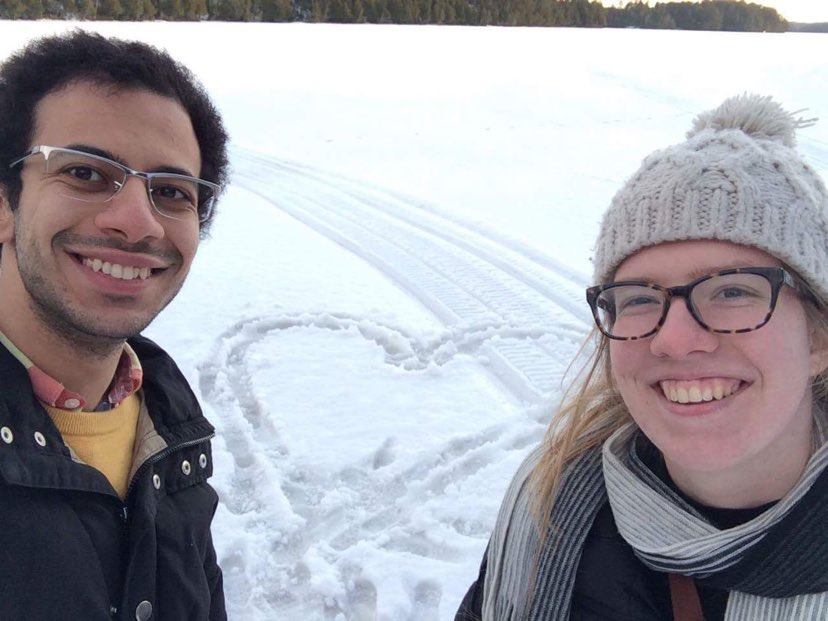 We've been together since.

My friend Jon and I actually created a game about this moment, as part of the "Meditation games" project last year.

(I had trouble getting this to scale correctly on mobile devices. To advance, play with the snow.)

My love of snow played no small part in my career choice to pursue computer graphics.

St. Olaf college does an "interim" semester every January. This month-long semester allows professor to teach exploratory subjects, or for students to travel abroad etc.

I took that interim my senior year off, and just stayed on campus. My goal was to recreate this snow effect I saw on a Facebook post:

That was one of the most enjoyable periods in my life. Every day I'd wake up, read some computer graphics articles and papers and make some progress on my simulation. Every time I got stuck I'd go out, poke, prod and play with the snow. Pondering how it works, trying to capture not just how it physically behaves but how it feels to be in the snow, to touch it, to hear that delightful crunch as you step in it. And I'd run right back in with a new idea or insight I wanted to try and code up.

To me, recreating nature in this way allows me to really understand and appreciate its beauty and hidden complexity. I consider it a form of spiritual worship. In Islam your efforts to understand and dissect the world are considered just as much an act of worship as kneeling in prayer. I gave a talk on that (starts 3:30) a few months after that January.

I never finished that snow simulation, but it's still on my list. I do hope to one day publish that to give more people a chance to share in the wonder and magic of snow, and a chance to ponder and appreciate the complexity and elegance of what it would take to create snow from scratch.