Number forms are a type of synesthesia — it's when your mental image of numbers has a spatial dimension that is fixed throughout your life.

I've been really interested in asking people this question lately: do numbers have a shape in your head? It's really fun to ask because I think it's fairly common for people to have some sort of fixed spatial structure for numbers in their head and they often don't realize it. It's one of those simple questions that feels like it reveals something so fundamental about your perception of the world that you've never noticed before, or never considered it could be any other way.

Take a moment to think about this. When you think of the numbers 1 through 10, what do you see in your mind, if anything? Do the numbers appear on a line? Is it horizontal, or vertical? Or it some 3 dimensional structure?

I didn't believe I thought of numbers spatially when I was first introduced to this. I was helping a professor who was documenting people's number forms, when she asked me if I had any. I said I didn't, but she told me to just think about it.

Patiently watching my mind to see what images are conjured up when I think of numbers was both bizarre and incredibly fascinating. The numbers "1" or "10" didn't exist in any particular location in isolation for me, but I realized I had this sensation that 10 was to the right of 1.

That makes sense, 10 is bigger, and I'm probably thinking of it as being on some kind of number line. But then I realized "20" wasn't just to the right of "10", it was also slightly further up...

I realized numbers are arranged as these rows in my head, with each row offset slightly to the right, so the numbers go up and to the right as they get bigger. 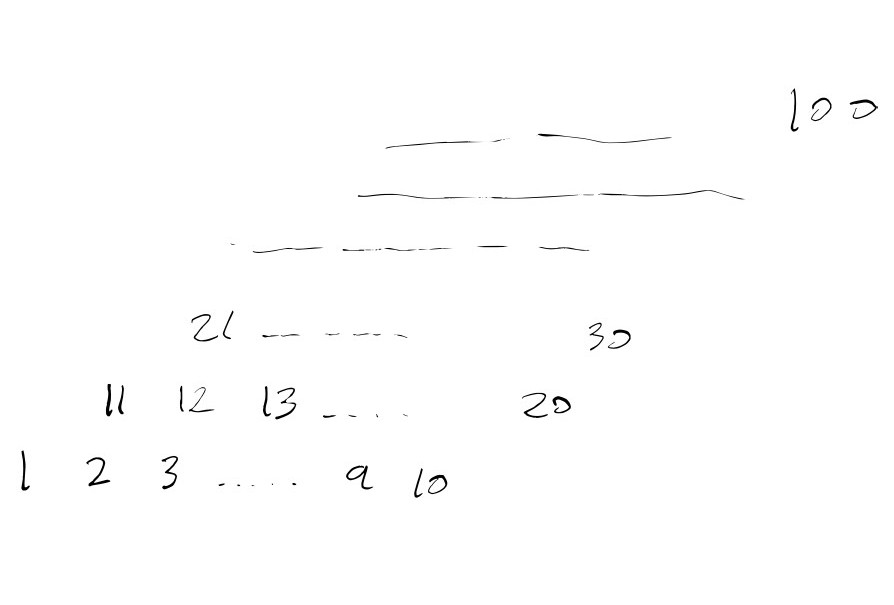 The other number form that's very clear in my head is the location of months of the year. January is top left, and each subsequent month is one spot down and to the right. December is on the bottom right. 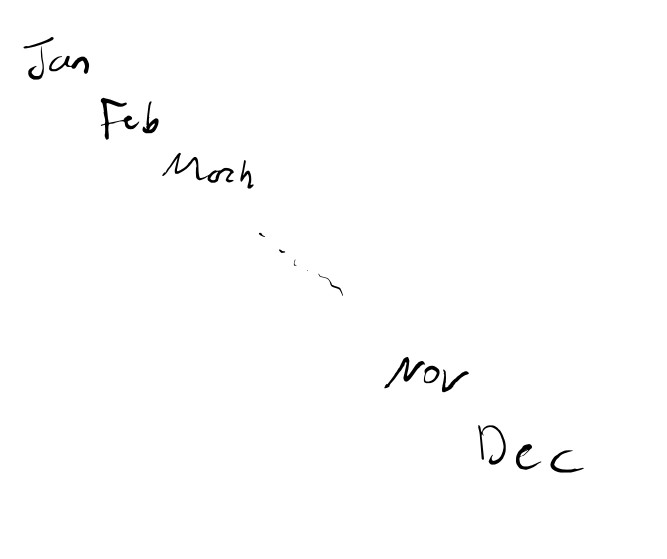 The following January is back up again, so there's kind of a cliff between December and January. 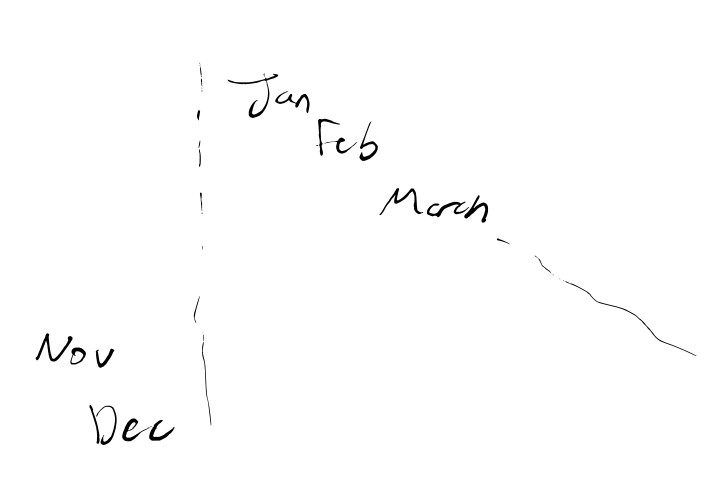 It was very wild to discover this about myself and realize that I've always thought of the months this way. I always had this very clear sensation of "moving up" into January as I celebrated the new year, as well as reaching some kind of physical midpoint in the calendar in June. If I was thinking about what I did last year/last December, that was "back down" in my mind.

I don't know where number forms come from, I don't know how many people have them. It's a rather understudied phenomenon. But I really enjoy watching people have this realization in real time about the mysterious shape of numbers in their mind.

I think what I love most about this is that it feels like discovering something inside your mind that is so foreign. A condition you never realized you had. Like learning that you've been wearing sunglasses your entire life and have never been aware of it. Your number forms are there every time you think about any sort of numbers, which is really all the time for most of us.

It's a rare and beautiful reminder that while it sometimes feels like there's not much left to discover in the world, there is still much magic and mystery, even in the mundane experience of daily life.

This reminds me of a story about Richard Feynman in which he discovers that something as fundamental as how people count in their heads can be very different between people.

He tells John Tukey that he can consistently count 48 seconds in his head while reading and doing lots of other things. Tukey is amazed and can't believe it: 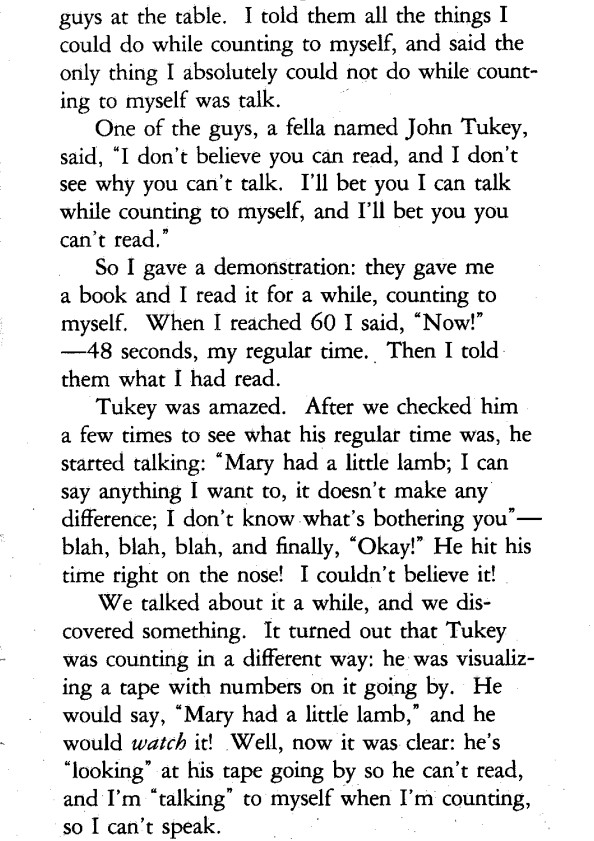 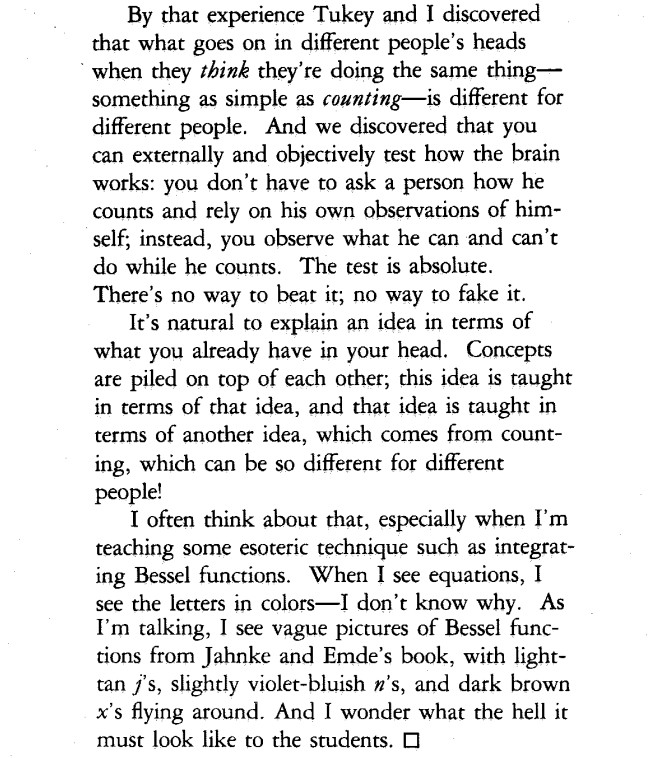 Source: It's as Simple as One, Two, Three.